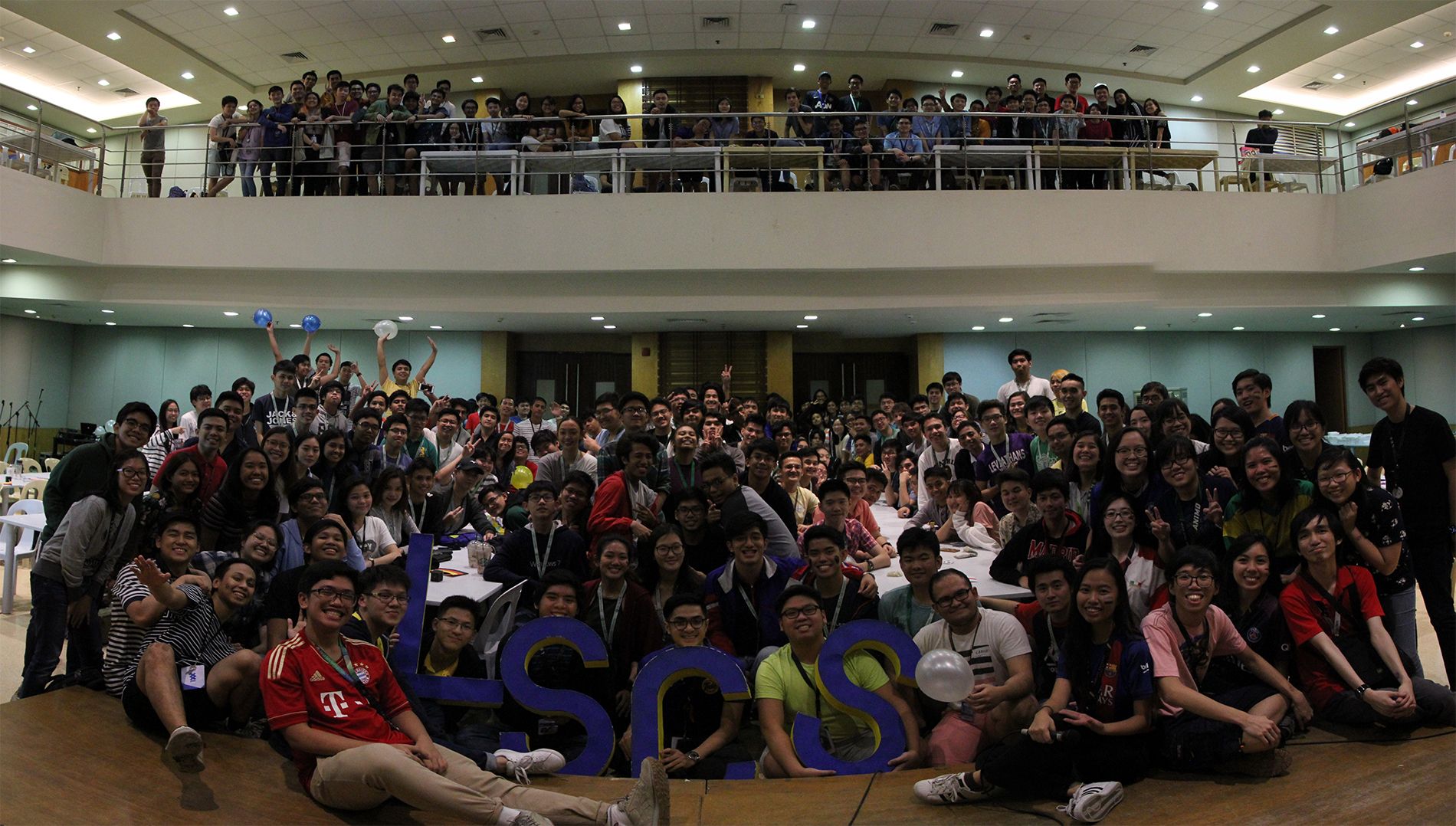 To kick off the academic year for the LSCS Members and Officers alike, the first General Assembly was held on October 12, 2018 in Andrew 20th.

The event was hosted by Rebecalyn Lao and Henric Tay, and the venue was filled with froshies and other upperbatch members. Aside from good company, the event hosted many fun activities as well. Games such as who can blow a balloon faster, paper plate pictionary, and balloon relay were played by the members. All our hosts, attendees and organizers had a lively and energetic mood which made this general assembly quite enjoyable for everyone. The general assembly even had a cute photobooth that made the attendees take memorable and fun pictures.. The Executive Board gave a few words regarding each committees' role and what LSCS is. Upcoming activities for the term were also announced to allow the members to know what's coming up for LSCS. Of course, no general assembly is complete without food! The participants received snacks and drinks before leaving the GA and going home.

In the end, LSCS members and officers were able to bond together as one family and are now ready to face the academic year with heads held high.