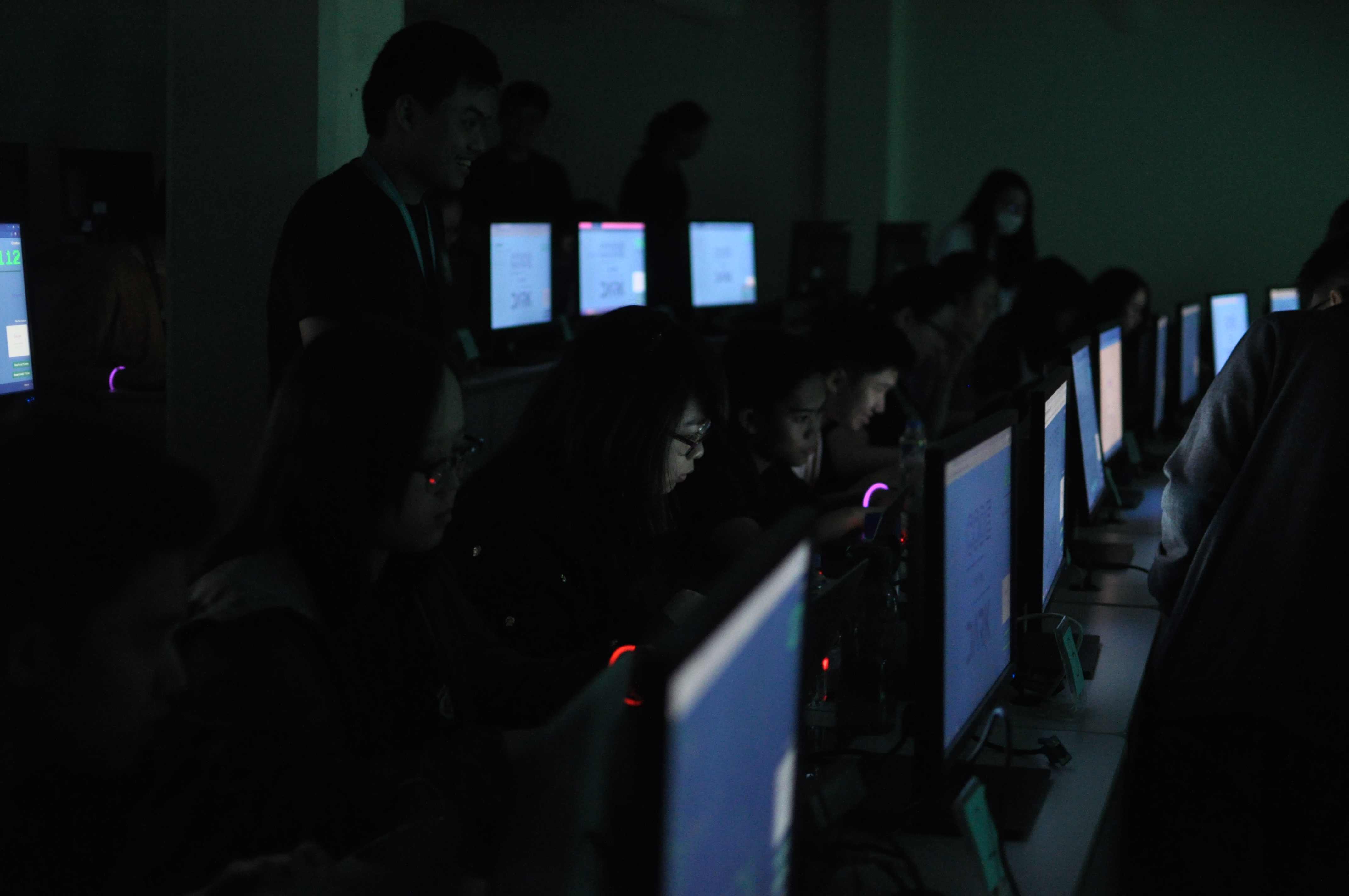 Code in the Dark is an interesting event: the contestants are shown a photo of a website or a preview of an interface, then they try their best to replicate the design through programming. What sets this event apart from other events however, is that victory lies in the hands of the judges and audience, wherein they will vote for the best designs. Held last July 19, 2019, La Salle Computer Society (LSCS) organized and hosted the first ever Code in the Dark: DLSU Edition in partnership with Philippine Web Designers Organization.

The atmosphere of this event was nothing short of what can only be described as a free-spirited party; everyone, including both the contestants and the audience, were playful with one another, and everyone seemed to be having fun. The officers in charge hyped up the crowd by playing and singing along to the music. The setting was quite unique as the contestants were literally coding in the dark. To make the event more lively, the contestants and audience were given glow in the dark bracelets.

Code in the Dark challenged the contestants to recreate websites by using the editor found in codeinthedark.com. Furthermore, implementation of the website should only be done through HTML and CSS. Assets like the logo of the website were provided by the organizers. During the entire duration of the contest, the editors were in full-screen mode. Participants were prohibited to close the editor, to use any measurement tools, and to preview the results until each round was over.

When the allotted time for coding the website finished, each contestant presented their work. The criteria for judging was based on how similar the created webpage was to the actual webpage. Some people from the audience tried to sway other people to vote for his or her favorite contestant. This added another layer of entertainment through audience interaction, and made the event much more unique and entertaining. The event had 3 rounds and after each round some participants were eliminated.

The event ended with Dyonne Macalino being named as the champion. Being the winner of Code in the Dark, Dyonne won ₱1,500. Despite only having one winner, it is safe to say that no one truly lost that night. Whether it was because of the party-esque nature of the event or the newly formed friendly relationships, everyone left the room with a grin on their face.