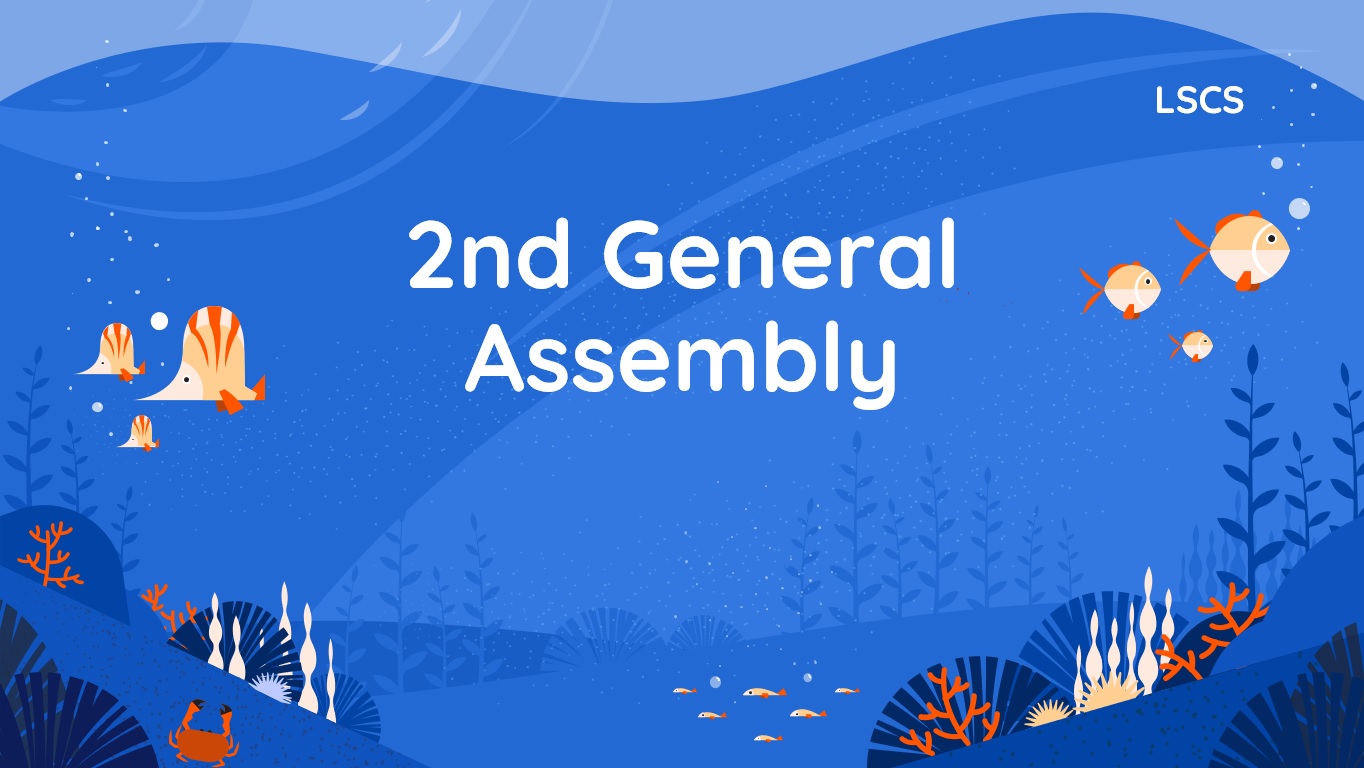 On April 22, 2022, La Salle Computer Society (LSCS) “SEAsed” the day with its Second General Assembly. Headed by Sofia Cuevaz and Aki Escarraga, the online assembly allowed LSCS members and officers to get together, bond, reflect, and look forward to the many more events of the organization for Term 2. In addition, participants had the chance to win amazing prizes in a raffle. Here’s a recap of everything that happened.

With more than 100 participants in the assembly, participants were split into multiple groups to play a number of games and compete to win prizes. Hosts Aki Escarraga and Vinnie Innocencio started off the assembly with a unique game that required players to use Google Maps to locate a certain area in Taft Avenue or the DLSU campus within a time limit. Afterwards, participants were able to talk to other participants through a speed-networking application called Glimpse. Conversation topics were shown on the screen and allowed members to get to know each other a little better. This activity was a nice change of pace to get to know the many members of LSCS as the online learning set-up has made socializing more challenging.

Later, members were briefed on the previous events of LSCS in the past school year. Then an LSCS edition game of “I Spy”  was played. After this, the upcoming events of LSCS in Term 2 were previewed.  To those reading, stay tuned to the opportunities coming your way! The last game played was called “Who Am I?”, which required teams to guess a character or a person based on a theme. Finally, the events prepared by the junior officers were previewed for the members to anticipate.

At the end of the meeting, the top three teams who collected the most points from each game received Grab Food vouchers. Three raffle winners were also revealed and each winner won an MSI mouse. All in all, the 2nd General Assembly really made a splash as LSCS members and officers were able to take a short break from academics, interact with each other, and look forward to the many projects that LSCS has in store for this academic year.