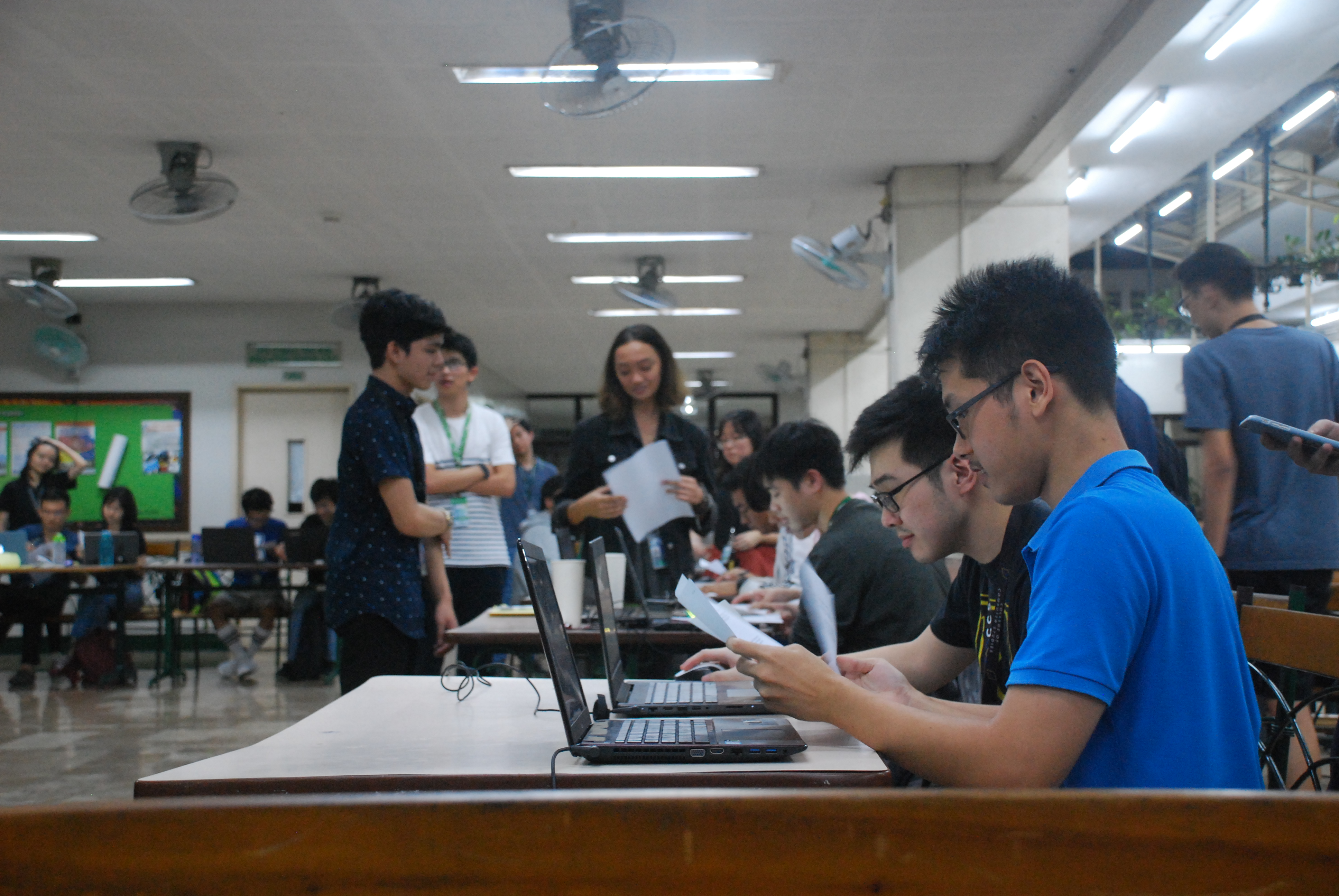 Last Programmer Standing, the in-house competition that most students from the College of Computer Studies look forward to, was held last November 9, 2018 at the Gokongwei Lobby. It is held annually, and this year is no different. Although, this year’s Last Programmer Standing is made extra special, because the CCS Programming League (CPL) has returned to being active in the College of Computer Studies. A CPL Division was opened, where CPL members are able to compete with each other so that it would be fair for other participants who have not received prior training. Other divisions include Freshmen Division, Sophomore Division, and Junior/Senior Division. Similar to the previous Last Programmer Standing, participants from each divisions are given 5 sets of questions, where they are to answer as many questions as they can within the span of 2 hours. If the participants answered the same amount of questions, the team with the less time will win. But there is a twist added to it! In the first hour, for every five minutes, a challenge is given to the participants where they must accomplish in order to continue coding. In the second hour, for every ten minutes, another set of challenges is given to the participants. Challenges range from push-ups, cup flip, and scoop-it to taking shots of vinegar and many more. Teams that fail to do the challenge will receive 1, 3, and 5 minutes penalty for easy, moderate, and difficult challenges respectively. Last Programmer Standing is an activity where students can have a friendly competition with each other, test their capability, and at the same time have fun and win prizes.