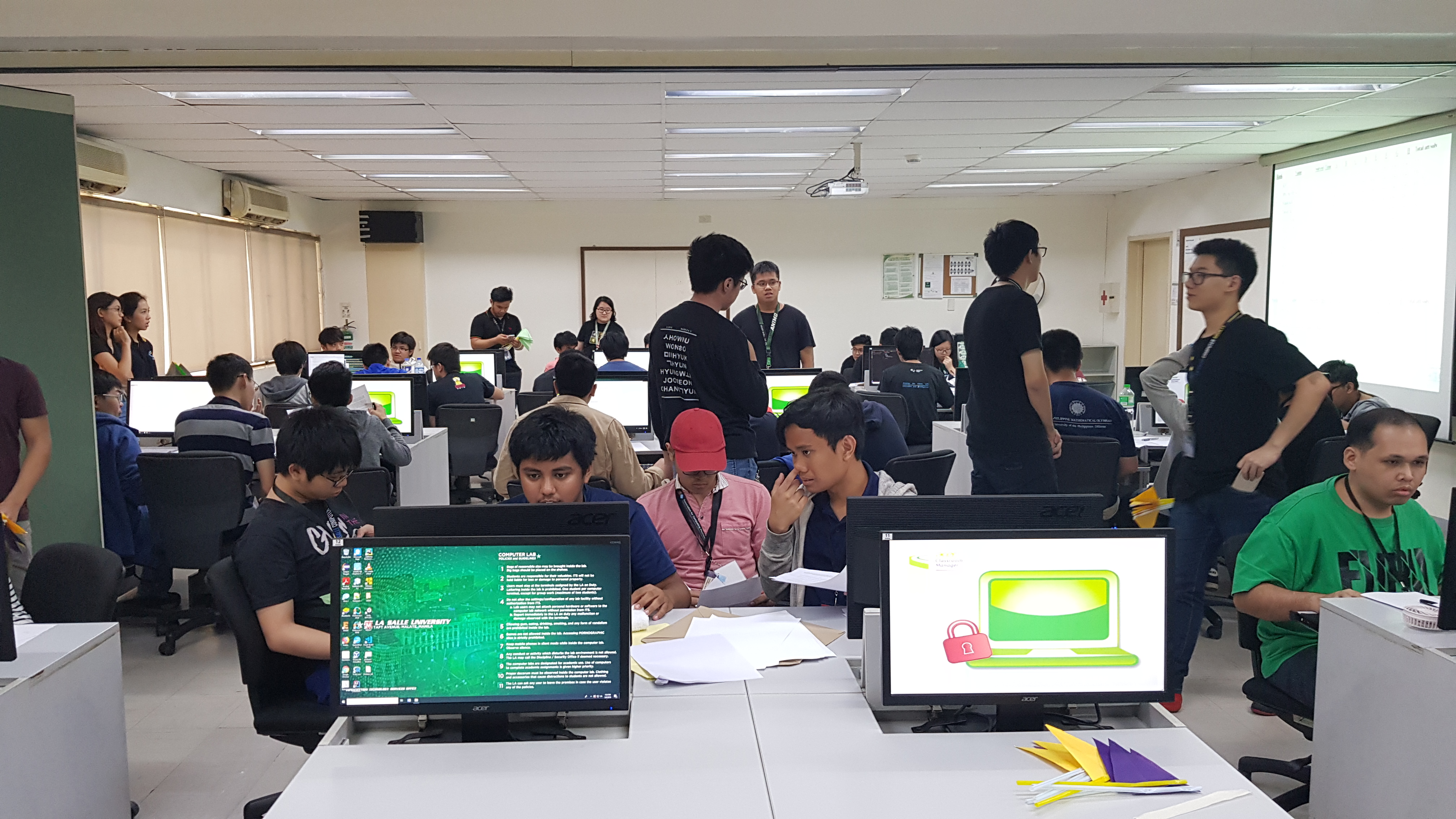 Each participating university can only have a maximum of four teams, with each team having exactly three members and a coach. They were given a total of eight problems to solve in under four hours. As part of the competition rules, the only programming languages they can use are C, C++, Java, and Python.

The submission and scoring are patterned to the rules used in the International Collegiate Programming Contest. The teams will submit their solutions via PC^2, a software used to communicate with the contest judges. The judges will notify the team regarding their results through PC^2 as well. Aside from getting the correct solution, the time consumed is also recorded.

In the morning, the teams were given the chance to practice. They attempted to solve the practice problems while also finding strategies to be more efficient for the actual competition. After the practice round, they had a lunch break so they can interact with other teams.

As stated in the mechanics, they were given four hours to answer the given problems. All the teams were concentrating hard in order to solve the problems. In the end, the top three teams were named as follows:

The champion, first runner-up, and second runner-up were given Php 3,000, Php 2,000, and Php 1,000 respectively. Congratulations to all the winners!