Life in the Midst of Pandemic 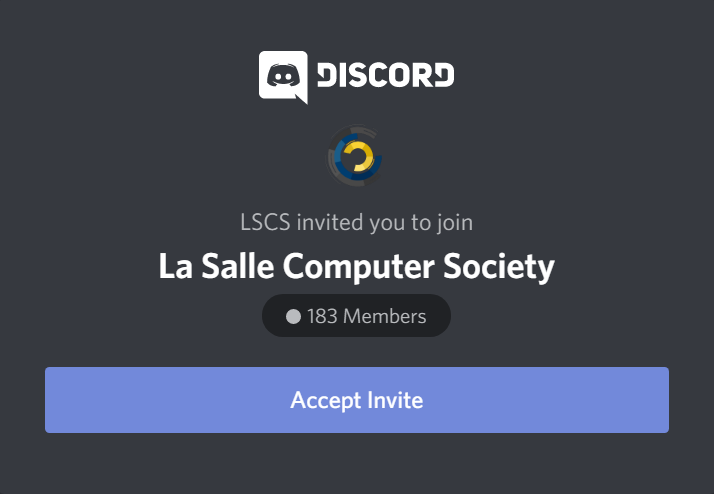 With the third term of the Academic Year 2019-2020 being held online, the chances of candid interactions occurring between La Salle Computer Society’s (LSCS) members have become pretty slim. To address this, the organization’s Executive Vice President for Internals John Legaspi provided a solution by creating a space exclusive for LSCS members to interact online, in the form of a Discord server.

The Discord server, appropriately named after the organization (La Salle Computer Society), is open for all officers and junior officers to join. With Discord’s many available features, it has been a venue for members to do various activities like chatting, playing games together, and watching movies.

It was created with the intention of simulating the room in the Gokongwei building called the nook, in which interactions between members usually occur, and making it available online for LSCS members to use. In its first term of deployment, the La Salle Computer Society server was used to hold team building activities and other such events.

Currently, only officers and junior officers are invited to join, however, Legaspi says that LSCS plans to maintain the server in the following academic year, may it be held online or not, and to make it available to all members of LSCS. He says that the server opens the possibility of having another platform in which events can be held for LSCS members.