Resilience in Time of Uncertainty: Plans of the New Core

Life in Midst of Pandemic 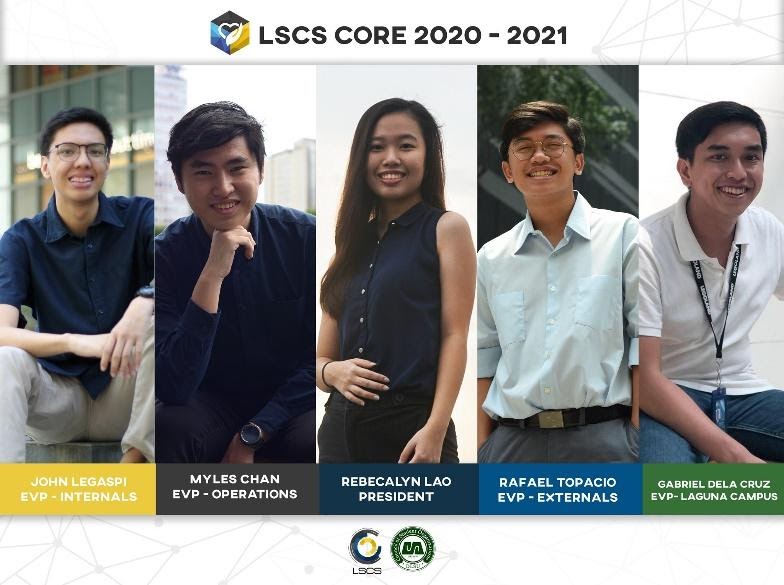 “It has been a goal of mine since I was a Junior Officer to do my best and aim for Presidency, in order to serve the student body and the members of LSCS. The officers then inspired me to strive for this position, especially when I see the impact of their efforts to the members.” says Lao, who aims to strengthen the quality and reach of events for both LSCS members and officers through adapting to the organization’s current conditions, as well as to improve event execution, and to build on the legacy of the previous officers.

“I see LSCS and the Computer Science community of local universities and companies, and I envision how we can bridge the gap between the academic community with the professional one. I hope that we can really drive our partnerships with other universities, companies, and socio-civic organizations to benefit our members and the community in general.” Says Topacio who aims to ensure that being a member of the LSCS would be a privilege and aims to improve the image of LSCS both internally and externally by establishing and maintaining linkages with partners.

“One of the current problems that I want to address as incoming EVP Internals, is the experience of members. Despite there being a good amount of members signing up as JOs and Officers, a large chunk of the organization is the members. Majority of the time members get the feeling of being left out of not having the same chances or events that one might get as a junior officer or as an officer. This is something that cannot be avoided, however, it is something that can be improved. How can we say that a member is getting their pay's worth? This is something I want to be able to address.” Says Legaspi.

“For the longest time, Laguna and Manila somewhat had a "Great Divide" in a sense that both operated separately most of the time. There came a point where members kept asking me why the Taft campus has better opportunities compared to us here in Laguna. This is another reason why I accepted the role of becoming the Executive Vice President—I want to somehow establish a close connection with the Manila counterpart.” Says Dela Cruz.