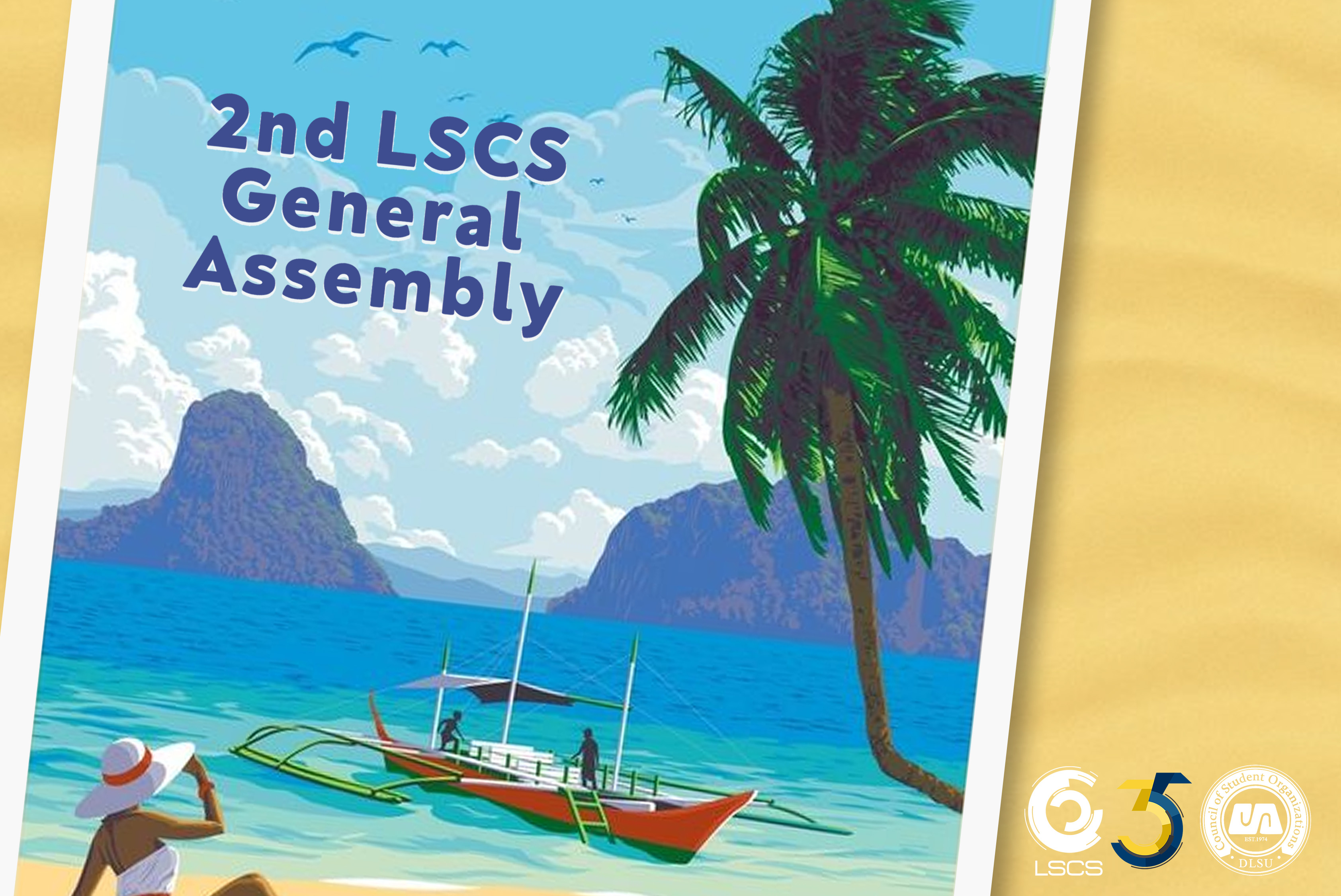 La Salle Computer Society (LSCS) made a huge splash last March 12, 2021 with their 2nd General Assembly. The event brought in the summer vibes to everyone’s screens as we welcome in the second term of this academic year. What did LSCS offer to its members this summer?  What waves did she make for all to see?

The event was filled with many memorable moments that were made possible with its members. With Zoom now supporting over 100 users in a given call, LSCS can now accommodate more of its members in their virtual general assemblies. The assembly had numerous icebreaker challenges such as Guess that Word in which groups had to guess summer words and phrases using emojis as hints. Another is Mars Walang Ganun!,  which involved group members having to form a story by connecting to each other’s sentences. Project head Ryan Tristan Medina spoke about their vision to keep the virtual general assembly as engaging as possible:

We aimed for the general assembly to be more engaging and interactive despite the virtual set-up. We wanted the event to not only have announcements but fun activities where members can interact with one another to promote better camaraderie between members.

Other than its fun activities, LSCS had performances to mix up the event. One notable act to speak on was ‘performed’ by the Human Resource Development Committee. This performance utilized deepfake technology to turn still images of officers into moving and acting entities. Vice President of Human Resource Development Ricson Vergara commented “We wanted to do something unique to entertain the members. Given the situation, it was hard to think of performances with all of us together. That’s why we came up with that”. Not only did the performance entertain its members with its humorous vibe, but it also showcased the advances in machine learning that many CCS students would be interested in.

With all that had taken place, LSCS was able to deliver the summer experience to the comforts of our homes. Her strive to engage with members was tremendously felt through the games and performances that the general assembly delivered. Looking back on the event, Ryan Medina mentioned this:

It was really fulfilling to see that everyone is being cooperative and having fun. As event planners, we wanted to leave a good impression among the members that LSCS is more than just the academics side, but it can also be fun and exciting through events such as these. Moreover, interaction with each member is equally as important as activities that are being held as well. We really wanted to show what LSCS is all about and what we have in store for them!